TESS OF THE D'URBERVILLES By Thomas Hardy - PHASE THE FIRST 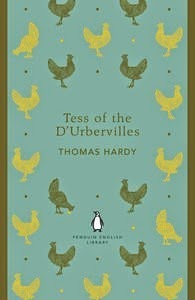 Before I begin, I would like to explain why I have chosen to review this book in the different, individual phases that Hardy set the book out in. After all, I have reviewed other books with parts and  phases but I've usually done these as a single review. The reason I have made this decision is because that is how the book was initially intended to be read. During the time period that the book was first published, the common people would not have been able to afford to buy a copy of the whole book, so to make sure that people could still read it, and to make the book more accessible to the poorer people, the book was serialised. This meant that each 'Phase' of the book would be published in a magazine which people could buy at an affordable price. As a result, I want to look at the book in the same way as the audience at the time would have done.

Anyway, now that I've clear that up. I'll begin.

I find it really interesting how we are not introduced to the title character until the second chapter of the book. We are only introduced to on of her relations. This could be to help us create a false first impression of Tess, which is challenged and contrasted when we do actually meet her. To be really honest with you, I found the first chapter rather funny and I couldn't help myself chuckling at Sir John/ Mr Durbeyfeild, take your pick. Though I feel obliged to humour him by calling him Sir John.

As I'm sure many people will agree, although Hardy is fine and fantastic author, I feel that in occasion,  he has gone a little over the top with his description making it easy to lose track of the narrative occasionally. However the narrative that you can follow is very well written and very easy to read. Throughout this phase, I've found my self planning to read a single chapter and then accidentally reading three or four without realising it.

In terms of my initial impressions of characters, Angel Clare seems too good to be true, although we haven't seen much of him yet and so far he seems quite the charmer, his impulsion to follow his head rather than his heart makes me dislike and have very little trust for him at all, and don't get me started on Alec D'Urberville, because in my books he's nothing more than self indulgent, egotist whom I have very little time for. Tess I feel very sorry for. She is stuck living with this evil man and his blind mother who has a love of chickens, yet she feels as if she has no choice in the matter. Despite the fact that her father has already said that he would be happier if she stayed home, she feels like it his her duty and she is bound by her own sense of morals and responsibility.

Tess is a really believable character and unfortunately, so is D'Urberville. I am really interested in the relationships I am beginning to form with these characters and I am looking forward to reading the next chapter.
Posted by Unknown at 5:17 pm No comments: 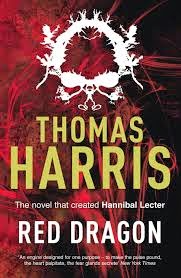 I've been dying to read the Hannibal Lecter books for a while and I am more than pleased to say that I was not disappointed! Not exactly what I was expecting, but nevertheless... if we always got what we expected then the world would be a very disappointing and boring place indeed.

If I'm truly honest with you, I was expecting it to be a lot more graphic than it was, unless I've just read too many crime/thriller books and I've become used to the grime and the gore?? Maybe.... it wouldn't surprise me if that was the case.

I like the idea of the main protagonist being a retired agent rather than a working one. This want you get a sense that Graeme really wanted to catch the killer, he didn't have to come out of retirement, but he felt a need and an urge to do something that big and important. I thought that this helped you understand Will's character more because he wasn't bound by FBI rules and regulations and he wasn't having to follow professional police conduct, you could see a lot deeper into his character and begin to really understand him. A lot of other crime writers fail to do this because their protagonist is forced to behave and speak in a professional manner, so yes we know that they wanted the killer dead and/or arrested, and that they hate them to pieces, but beyond that, you don't really ever get to understand the relationship between captor and criminal.

I think my favourite character in the book was Dolarhyde, even though he's the killer and the murderer, his back story was so well written and so well put together that I felt closest to him out of all the other characters. I usually get a bit wary of authors who decide to develop a characters back story by deviating completely from the story and spending a whole chunk of chapters telling a completely different story to the main narrative, however when Harris did this, it flowed so well that you didn't mind and personally, I barley notice as he moved between the two.

Despite his infrequent appearances, Lecter's character intrigues me and is defiantly one of the driving forces, pushing me towards the next book in the series; The Silence of the Lambs. This I have also heard little negative comment about and I can't wait to get my hands on it and start it.

Harris's writing is so fluid that the hardest part about reading this is putting it down at the end.

This is most defiantly a book for more mature readers but that really goes without saying. What with the graphic violence, murder and nudity and all. However if you're alright with all that then I would defiantly recommend picking Red Dragon up and starting reading!

Red Dragon is a must read for all crime and thriller fans.
Posted by Unknown at 2:59 pm No comments:

A PASSAGE TO INDIA By E M Forster 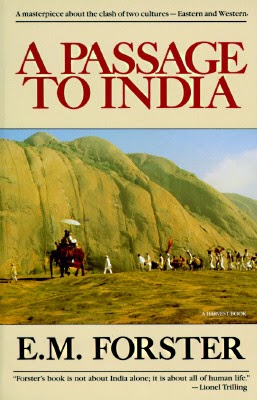 I know it has been a while since I last posted anything, however A Passage To India has been a tough book to read, and even now I still haven't finished it. However, just because I say it is difficult to read, don't jump to the conclusion that it is a bad book and one that shouldn't be read. I really have enjoyed reading this novel as far as I have done.

The reason that I think I found it so difficult to read, is that is is written in a speech pattern that we are not used to, so naturally we have to think a little bit more about what I was reading. I LOVED the first chapter even though it was indeed very short. The detail and the description was incredible and is possibly the best opening of a book I have ever read! I cannot tell you amazing it was, it was like the author was painting a picture right there in front of my very eyes.

The beginning of chapter two I found a little difficult to understand, but then again I think that worked really well, as trying to decipher a conversation between a group of Indian men made me feel a stranger to that environment and made me feel like I was intruding on their conversation.

Forster has indeed been a very successful author because I have had definite emotions towards each of the different characters: Ronny I hate, Aziz is adorable and I love him, and Mr Fielding is the one who saved the day for me. I felt like he was the only one who was standing up successfully for what was right and he was by far my favourite character of the lot.

I have really really enjoyed the part of the book I have read, however between exams and family affairs, I just haven't had the time or the energy to sit down and think about what I'm reading.

I would recommend this book a lot of people, mainly a slightly older audience because of the themes and the politics that has been written about. It may take a while to read but it's a great book never the less.
Posted by Unknown at 4:05 pm No comments: