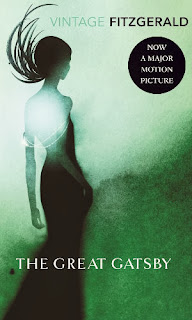 Well I finally managed to finish this book. I can't say that it is one of my favorite books that I've read and I doubt it will be one that I read again in a hurry.

On the whole I found it difficult to find any real plot at all, beneath the mass of description. Although I cannot fault the description used by Fitzgerald. Although I found that in many places it was harsh and sometimes almost vulgar, I thought it did a lot to reflect on Nick's character. When Nick says 'I am inclined to reserve all judgment', and then follows it up with page upon page of his opinion of people, it really goes to show how judgmental Nick really it. I felt that Fitzgerald got himself so lost and so deep in his excellent description that it's almost like he forgot to write a plot to the book and I think had it had a more solid plot then it would have made for an incredible book.

Towards the end some plot did begin to develop rather than Nick telling stories in between talking about himself and other characters, however I felt a little disappointed that this plot didn't come into the novel sooner. When I was reading it, it felt a little bit rushed and it think it had potential for Fitzgerald to do so much more with it, and I fear that had I not been reading this for my English Course then I may well have stopped reading long before the story really, truly got going.

Initially I thought that I liked Daisy the best out of all the characters however, this opinion has indeed changed. By the end of the novel, I can now say that I don't really like any of the characters at all. The only person in the book that I come anywhere close to liking is Gatsby and even then I spent most of the novel angry and frustrated with him because he was completely blind to the fact that he is such a great fool. I disliked Jordan from the start of the novel and although the initial harshness fell away as her character developed, I still felt uneasy when other characters were around her and at the end I see that I had good reason for this. Personally I felt that she behaved despicably towards Nick.

I feel that The Great Gatsby does portray a fairly accurate picture of 1920's Eastern America, even if it is all though the eyes of one upper-class individual. However no matter where you look, most stories are told from one point of view and that is what makes to warm to the characters and forces you to side with them. I thought it was nice to finally have a book that gives the upper-class perspective on things. I've found that many books set in this era tend to be about the struggles of the lower-classes and how difficult things were for them, so in that respect I did enjoy reading from a different view point. Also I thought the author also did a good job in presenting the difference between women in the different classes, e.g. Daisy and Mertyl.

All in all this book didn't live up to my expectations and left me feeling a little disappointed and I found myself having to plow through it to finish it. However there are indeed a number of good elements and once you sit down and start to analyse it there is a lot to this book. A good book to study for an English course, but certainly not one that I would choose to read for pleasure.

Posted by Unknown at 4:00 pm No comments: Oooohhh!!!! I like a creepy book every now and then, and I must say that it doesn't get much creepier and spine chilling that Dancing Jax by Robin Jarvis. (In fact it think I've only read one book creepier: Long Lankin, and I shiver just think about it)

Basically, it about an ancient Occultist who wrote a children's book which should never be read by anyone.... ever! it takes you over and turns you into a different person!

At the outset, just off reading the blurb, it sounds as if the author of Dancing Jacks (The book in the story) has got everything sussed when it comes to getting people to read his work. As a writer myself, one of my main aims is to get people interested in reading my plots and leave them wanting more. I believe that a good book should draw you into it's pages. You should feel like you're actually involved with the story rather than just reading words on a page, but I never hope that my work causes the same reaction as it does in this novel. The creepiest thing about this for me, is the way that Jarvis has taken the writers ideal, and taken it to such an extent that it becomes evil and world destroying.

I have to admit that initially I found it a little slow going and difficult to get into. The first chapter left me feeling a little disappointed, feeling like it hadn't delivered on all of the brilliant reviews I had heard about the book, but being the enthusiastic reader that I am, I plowed on through the first chapter believing that it would get better and I certainly wasn't disappointed! By the beginning of the second chapter I could hardly put the book down.

I know for certain who my favorite character has been throughout the book. Paul Thornbury. I find him adorable I really do, and as a reader, to me I think of him as a little brother, or what i would like my little brother to be like. When Dancing Jacks is finally forced upon him in one of his English classes, I found myself wanting him to break free, not wanting to read on unless he was going to be okay, all the way through the book; even though Jarvis hints at an unhappy ending, I was praying all the way through that he would never fall victim top the evil book and it's followers. I was heart broken when he finally gave in and just as Carol turns and tells Martin that Paul is no longer her son, I felt that Paul was no longer the imaginary little brother that I adopted at the start of the book.

I also like Martin's character although I'm not sure I would have liked him as my maths teach although I've probably had worse. The scary thing is, when it comes to Martin, I know people who have similar obsessions and I understand that Martin's character is totally believable. It sort of one of those where you have to see it to believe it. I really like the relationship that Paul and Martin share, because even though Martin is to become his step-dad, there is this lovely brotherly, best friend relationship between them. Initially this is good because it causes the reader to believe that Paul wont have to face his battle alone, but every time you think that Paul could do nothing  more to convince them, they believe just a messed up little boy which is heart-wrenching when you compare it to the relationship he has with martin at the beginning of the book.

It is definitely a book that I would recommend to everyone else, probably not too young-a-children though, I don't want to be responsible for night mares and sleepless nights. But I think that anyone who is looking for a good creepy read would definitely enjoy this one. If like me you struggle a bit with the first half a chapter or so, I advise just to preserver for just a tiny bit longer and all of a sudden everything will become clear and everything will have been worth it!
Posted by Unknown at 3:44 pm No comments: 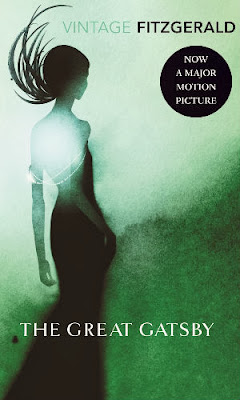 So far, I have only read the first chapter of the Great Gatsby and already I am feeling a number of different feelings about it. The Great Gatsby, has always been a book that I have considered to be a classic and when I found out that I would be studying it I was more than I got quite excited at the prospect of reading it.

Personally I found it a little difficult to plow through the first couple of pages. As a reader I struggle to listen to a narrator ramble on about their environment before the actual story starts. I prefer to learn about this bit by bit as we progress through. However now that I have made it through the rest of the first chapter and the narrator has actually stated recalling the story, I am hoping that it will continue to be easier to read through than the beginning.

In terms of character's, I seem to have taken an immediate liking to Daisy, which is very different to my immediate dislike of Tom and Miss Baker. I think the thing I like about Daisy so much, is that right from the moment you first meet her, you know she is hiding something, but not hiding something sinister as such, however I feel that this makes her a more real character which I felt more able to connect to. Tom and Miss Baker, in my mind seemed to good to be true and too far removed from myself for me to be able to form any really connections or judgments on them, however I feel that this may be beneficial later on in the book.

One line in this first chapter really stood out to me as a little odd but at the same time, rather intriguing. It's when he talks about visiting old friend whom he didn't know particularly well. This just didn't seem right to me that he should refer to someone whom he didn't know very well, as an old friend, who is someone you have known for a long time, have learnt a lot about and generally grown rather close to.

I cannot say that I am head over heels in excitement about ready the rest of this book, but I can see that it has a lot of potential and I therefore cannot deny it the chance to prove its brilliance.
Posted by Unknown at 9:45 pm No comments: